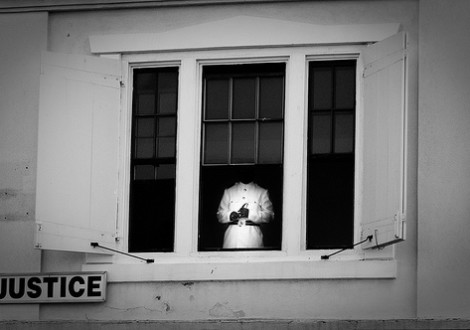 The Frightening Transfer Of Taxpayer Info To A Powerful Force

by Capitalist Union Editors • June 10, 2014 • Top Story • Comments Off on The Frightening Transfer Of Taxpayer Info To A Powerful Force • 1978

It may be too late for anyone to save Lois Lerner from herself and this won’t help.  Newly released, confidential emails  outline a startling connection directly between the IRS and Department of Defense.  Information gleaned from a Eric Holder subpoena show the IRS was sending the DoJ information about certain nonprofit groups and the personal information of their management for review and possible legal action.  Oddly, nothing within the IRS’ internal reviews showed anything was amiss, except for the fact that these groups were backing conservative politicians.  This sort of backroom scrutiny is dangerous and wholly un-American.

-> The Revolution Will Not Be Monetized

-> Why Being Ignored By Your Boss Is Worse Than Bullying