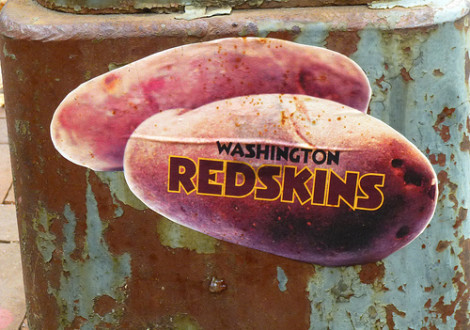 The Redskins Ruling Is Terrifying

The Redskins have lost an important battle, and it’s not just the battle to keep an offensive name.  The ruling against the Redskins trademark is a terrible example how liberal minds are destroying the free market. If Washington’s name is so bothersome, then why are they selling out the stadium, week after week? Clearly no one cares.  Sure, the name comes from a terrible slur that only a fool would keep, but that’s the American way.  This arbitrary ruling marks a scary turn in the courts, wherein current culture is dictating law. God for bid anyone ever take offense to the term Yahoo.

-> Why the Redskins Trademark Ruling Should Terrify You

-> Investing: New Highs Don’t Mean You Have to Sell