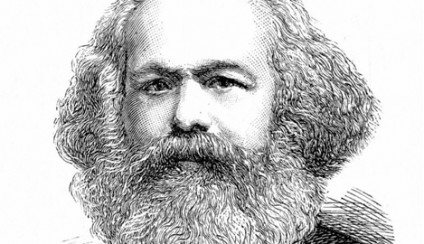 How The Communist Manifesto Manifests in Modern America

by Capitalist Union Member Admin • August 19, 2013 • News Archive • Comments Off on How The Communist Manifesto Manifests in Modern America • 1944

We now live in a society where capitalism and precious Constitutional rights are under fire every day. Regardless of party affiliation, it is tough not to realize that America is moving closer and closer toward socialism and communism. Every day, the ten planks of the Communist Party are manifesting themselves into American society, in ways that would have been unimaginable during the Cold War.

It is tough to open your eyes to some of these developments, without feeling like one of the so-called conspiracy theorists, but the evidence is mounting– and in some cases–is overwhelming. If you disagree, consider the 10 planks of the Communist Manifesto, written by Karl Marx in 1848. In doing so, ask yourself: “are these tenets, which we fought so hard to keep out of our country, now being visited upon us as government policy, and societal norms in 21st century America?

Here are the 10 Planks of the Communist Manifesto, and how we see them popping up in today’s America:

The first plank of the Communist Manifesto is the abolition of private property. Do you really think that the housing market crash was an accident? Whether it was done intentionally or not, it has stripped many Americans of their property. Perhaps it is just a coincidence, and perhaps not, but regardless of the way it took place, it is still one of the ten planks of the Communist Manifesto. Drastic changes in the zoning, land management guidelines, property taxes and burdensome regulation have given the government imminent domain rights they were not intended to have by the 14th amendment to the US Constitution. If you disagree, drive through any city, big or small, and see all the abandoned apartment complexes and shops where family businesses once thrived. People are slowly losing the right to own property (whether by law, or de-facto).

The second plank of the Communist Manifesto is a heavy progressive income tax. Maybe you haven’t seen an increase in your income taxes but there is little doubt you have seen an increase in the amount you’re paying at the pump, the grocery store and pretty much anywhere else that you spend your hard earned money. The whole point is to reduce the amount of money in the hands of the citizens that they need for future growth, job creation and salary increases. It’s not just opinion, it’s fact. Americans have less money in their hands than ever before. While many Americans still have a very comfortable standard of living, many of us are drowning in debt. Perhaps this is done by accident, and perhaps the big banks give us just enough rope to hang ourselves with. The fact of the matter is that Americans have less and less money, which is how the second plank of the Communist Manifesto is manifesting itself in today’s America.

The third plank of the Communist Manifesto is to abolish all rights of inheritance. This is a continuation of the second plank, in that, if you have no money you obviously will not have any to leave to your children. Those who do manage to accumulate appreciable wealth, spend years figuring out a way to avoid estate taxes on the money on which they were already taxed, several times over. You live, you pay taxes; you die and you are still expected to pay.

The fourth plank is the confiscation of property from rebels and emigrants. At all levels of government, asset forfeiture laws are being applied to confiscate property for those accused of crimes. These assets are generally seized upon arrest or other legal action, then sold off for cash, which then flows into ailing municipal, state and federal coffers. These seizures are constitutionally “unreasonable” until and unless a suspect is tried and convicted. Criminals are not exactly “rebels,” in this case, but if you can have a simple accusation leveled against you and have your property seized and sold, it will creep in its scope to include those engaging in unpopular speech, and political enemies of respective administrations.

The fifth plank is the consolidation of credit into the hands of the government through a national bank. This Bank is the Federal Reserve System which controls interest rates and harms the US Dollar by pumping $85 billion per month into the economy, artificially inflating it and destroying its value.

The sixth plank is the centralization of communication into the hands of the government. We have all heard the term “corporate media.” The essence of this is that giant media companies curry favor with policymakers as long as media companies continue to disseminate a “party line” that is favorable to the administration. The Smith-Mundt Act prohibited the US Government from disseminating misinformation or disinformation (propaganda) to American media outlets. This 1948 law was brought about in response to post-WWII fascism in Europe, and was systematically dismantled by the “Smith-Mundt Modernization Act of 2012” (watch out whenever a law says “Modernization” because you know it is going to water-down your freedom and rights).

The seventh plank is the cultivation of waste lands and increase in state owned factories and instruments of production. The government provides generous (and largely unnecessary) subsidies to farming conglomerates, ranching and livestock giants and oil & gas companies. These are not “state owned” in the Soviet sense of the word, but are surely controlled government agencies, on whom many of these industries rely for their existence. By contrast, a truly capitalist system would require that industries who cannot sustain themselves be sorted out by the market, and be forced to evolve or expire.

The eighth plank is equal obligation to work. Economic strain, inflation, and stalled wages due to burdensome regulation has created the need for two-income households.

The ninth plank is the combining of manufacturing industries with agriculture, and a gradual abolition of a difference between country and town by equally distributing the population across the country. When you look at the change in complexion of the farming sector, from generational family farms to megaconglomerates, and from sustainable ranching to the “factory” feel of a Concentrated Animal Feeding Operation (CAFO), this plank jabs very sharp into the fabric of American society. Farm subsidies were intended to give the independent farmer a leg up. But somewhere along the way, it became a boondoggle, packed right to the bottom line of the largest food producers. Food has become industry, make no mistake about it.

The tenth and final plank is free education by government schools for all children, and the combination of education with industrial production. American children are put into a classroom for eight hours a day, five days a week. By the time they are of graduation age, they have had a bakers dozen years of indoctrination. Schools no longer teach children HOW to think. Instead, they teach them WHAT to think. And if a child exhibits too much independence or “free thinking,” they are shipped off to a counselor who will have them put on one of a portfolio of prescription drugs meant to curb that enthusiasm and make them more pliable (or no longer a “distraction”).

As far as the “combination of education with industrial production” part, we’re more Groucho Marx than Karl Marx these days. The slack-jawed video game players we’re raising can’t so much as change a light bulb without a permission slip and a how-to video. They are certainly not doing much industrial production. So, that’s one sliver of one plank we may not have too much to worry about.

Socialism and communism are slowly-but-surely replacing democracy and capitalism. Whether by design, or by coincidence–the so-called easy way of letting government provide for our every need– we are slowly moving to a new societal model. A model which we were ready to end the world to prevent, during the cold war era. Talk about it at your dinner table, and among your friends.